There isn’t exactly a wealth of affordable options when it comes to 24mm prime lenses for Sony full-frame cameras, so Tamron’s new lens is a welcome addition to the line-up, though it does have its idiosyncrasies.

Following on from the success of its two affordable Sony mount zooms made with some smart compromises (the 17-28mm f/2.8 and 28-75mm f/2.8), Tamron has launched a batch of f/2.8 primes. Prior to their release, fans were excited at the prospect of relatively quick glass that was compact and reasonably priced, so when Tamron announced this selection of f/2.8 lenses, there was a degree of disappointment.

In Tamron’s defense, with the 24mm f/2.8 Di III OSD M 1:2, it has released something relatively unique at this focal length. With one notable exception, all of the other options start at more than double the price, albeit with much wider maximum apertures, so if you’re looking for a compact, lightweight, low-cost 24mm prime that’s not going to get anyone excited, the Tamron may be a smart choice.

I had a chance to finally use the Tamron 28-75mm f/2.8 Di III RXD which was notoriously backordered for months and months after its release. Surprisingly, the lens’ performance blew past my expectations, especially when it came to sharpness. A couple things I never really paid attention to before testing were its weight and size, but it really was impressive to hold in my hands and feel that difference. It does not seem like a full frame f/2.8 zoom lens.

Tamron really has their focus on the Sony mirrorless camera users. The existing Tamron lenses for Sony mirrorless, the 28-75mm f/2.8 and 17-28mm f/2.8 have been quite successful due to their superb quality and competitive pricing. That is why many users have been awaiting the lens that would complete this zoom lens trinity, a fast telephoto lens, certainly.

Rumors are circulating that Tamron is about to announce the launch of a lens that would complete its trio of fast zooms for Sony full-frame cameras with the 70-180mm f/2.8 lens. Will it be tiny, how much will it cost, and how will it stack up against Tamron’s two other amazing Sony f/2.8 zooms?

Sony Alpha Rumors is confidently reporting that the announcement will come from Tamron next month, and it would be very much in line with expectations. A few weeks ago, Tamron teased four new lenses, and a longer zoom would make their range of fast zooms for Sony complete. In keeping with the 17-28mm and the 28-75mm, Tamron seems intent on compromising on focal range rather than quality in order to keep size and cost down.

For many photographers, a 24-70mm f/2.8 lens with vibration compensation is a holy grail. Tamron has just introduced their second generation of that exact lens with many improvements and a slick redesign. Check out the new lens! 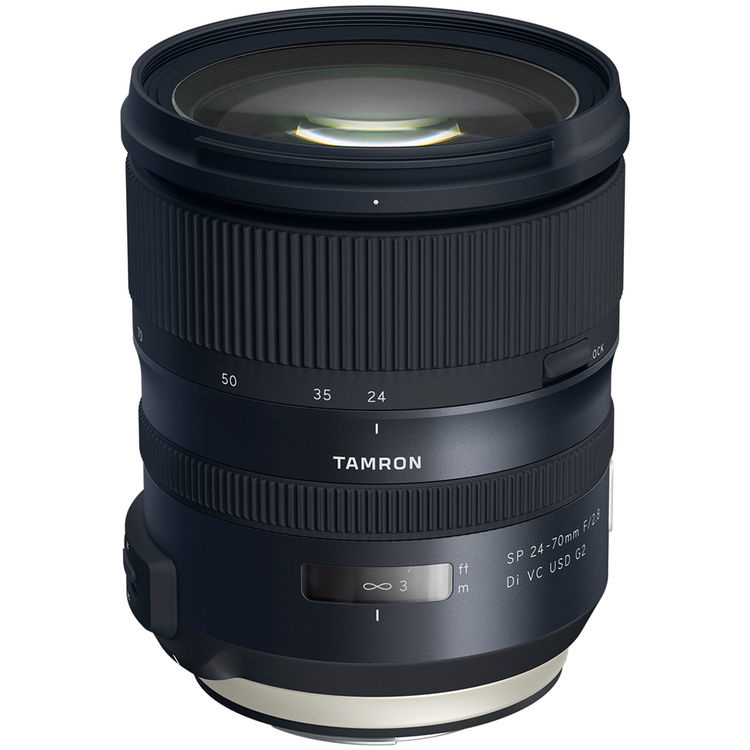 Tamron are known for their affordably priced, feature rich zoom lenses. The 17-50mm f/2.8 VC (Vibration Control) and 24-70mm f/2.8 VC are popular budget choice lenses for video shooters using APS-C and full frame cameras respectively. The latter a particularly interesting number as there is no other direct replacement for it (both Canon, Nikon and Sigma standard zoom lenses offer Image Stabilization or a fast f/2.8 aperture, not both).

Whilst Tamron has offered much in certain departments it has lacked in others. Build quality has always been a downside when comparing to other lenses, and short focus throws make them tough for video shooters. The new SP (Super Performance) prime pair look to make some changes, offering up a first for Tamron in the high quality fixed focal length sector (ignoring their current macro lenses).