I recently got the chance to use the new Hasselblad X1D II for a week. It was my first experience with medium format and required a bit of adapting on a learning curve. Here are my first impressions about the body, design, lenses, and general usability of the camera.

You know the feeling you get when you’re walking down the street and there’s a shiny new Lamborghini parked outside? You pull out your phone and snap a picture to send to your friends. You even look around to see if anyone is around and think to yourself: “how close can I get to it? Should I touch it? I wonder if it’s unlocked? Man, this leather is soft. Why are they putting me in handcuffs? I was just smelling it!?” Just me? Well, I get the same feeling when I see a Hasselblad. To be totally honest, I thought my chances of using a Hasselblad were about the same as getting to joy ride that Lamborghini. When Hasselblad agreed to send me an X1D II and a couple lenses to test out, I was kind of in shock, but obviously jumped at the chance. I’ve always said a camera is a camera is a camera. If you call yourself a photographer, I should be able to give you any camera and you should take a good picture. But there is something to be said about nice gear that inspires creativity. It puts you in a new mindset and excites you. This camera definitely did that for me. Every drone enthusiast was waiting for this. The day when DJI releases their new Mavic 2 drone. That day is today! As we already know since a month ago – DJI is not revealing one new drone, but two new drones. Number one: Mavic 2 Pro, the world’s first drone with an integrated Hasselblad camera. Number two: Mavic 2 Zoom, the world’s first foldable consumer drone with optical zoom capability. Both drones share the same foldable body design and offer a flight time of up to 31 minutes as well as a more stable video transmission system.

Brief History of the Mavic

When the original DJI Mavic Pro (our review here) came out in 2016, it caused a small revolution in the drone world – it featured an unprecedented combination of portability and image quality. With its foldable design it fitted in every bag and made drone shooting accessible to masses. Even despite its low bitrate of 60Mbps, and therefore not so great dynamic range, it carried much more strengths and is still a very popular product, to this day. In january 2018 DJI presented Mavic Pro’s smaller brother – the DJI Mavic Air (hands-on video here, Mavic Pro comparison here). It featured a higher bitrate of 100Mbps in a smaller, lighter and more affordable body. There were, however, some trade-offs when compared to the older Mavic Pro. For instance, the lower range due to different wireless technology used (OcuSync in Pro vs Extended Wifi in Air).

The DJI Mavic 2 Pro features the brand-new camera module which DJI co-engineered with Hasselblad. The partnership with the medium format photography pioneer is very clear, as the Mavic 2 Pro proudly carries the Hasselblad logo right above the lens. 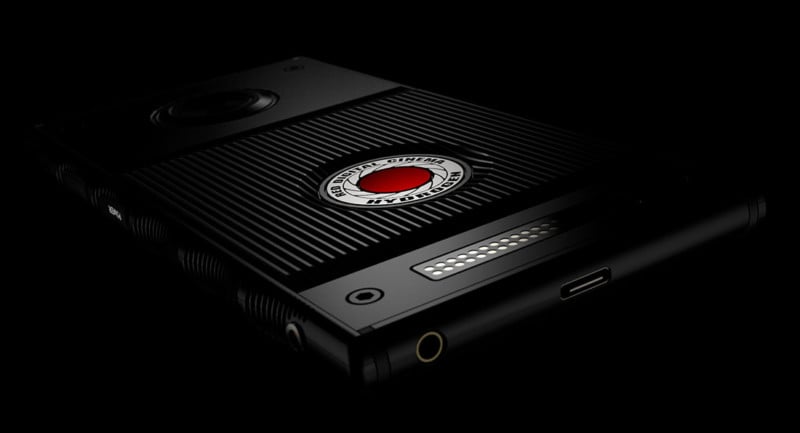 The cinema camera company RED just made a huge announcement: its first smartphone. The new RED Hydrogen One is an Android OS smartphone that’s being referred to as a “holographic media machine” for viewing and capturing “multi-dimensional” imagery.

In addition to displaying content, the RED Hydrogen One will also be a camera for capturing content. A “modular component system,” perhaps similar to what’s found on the Moto Z with its Hasselblad camera add-on, will allow users to use attachments to shoot higher quality still photos and videos, including RED’s new Hydrogen format holographic images.

In this guest review, Vienna-based filmmaker Christoph Tilley takes a close look at the Hasselblad H6D-100c – a 100MP, 4K Raw-capable medium format camera. Intrigued? Read on for his hands-on impressions. Not too long ago DSLRs revolutionized the way we make films. These days, we are seeing the emergence of the first medium-format stills cameras capable of shooting video. What would it be like to shoot video on an such an extremely large sensor?

Enter the Hasselblad H6D-100c, a 100 Megapixel Full-Frame Medium-Format Stills Camera. The resolution is absolutely incredible on this thing – each Raw image has a file size of 216,3 Megabytes. But why in particular is this interesting for us filmmakers? Well, this thing can also shoot 4K Raw video.

But what kind of results will you get when shooting video? And how does this large sensor compare to Super35 in the real world? To find out, we shot a typical interview scene on the RED Dragon with a 50mm lens wide open at f/1.4. Right alongside we had the Hasselblad H6D-100c with a 100mm lens at an f-stop of f/4.