Just how much can you get out of a small, everyday-looking camera priced under $1,000?

Many of us already know that Blackmagic Design crafts cameras that produce gorgeous, cinematic footage. The Australian company only recently entered the camera market (in 2012), but among indie filmmakers, documentary producers, and others who have an interest in high quality, low cost videography, Blackmagic is virtually synonymous with Godly.

The latest examples come from a small film called Avengers: Age of Ultron.

In an email today (from the marketing team out of Fremont) Blackmagic says that the 2nd unit extensively used the Blackmagic Pocket Cinema Camera to shoot stunt and battle sequences. Remember, this is a camera that costs under $1,000. Typical ‘A’ cams on bigger productions are almost always shot on, the daddy, the Alexa, and cost north of six figures. Or, in many cases on RED. Here’s a few of the quotes that came along with the news.

Obviously aerial and gimbal movement is becoming very popular among serious filmmakers and videographers recently, even Arri went into the market of small and lightweight designs with their Arri ALEXA Mini.
The new cameras by Blackmagic are seriously tough competition to any manufacturer producing small cameras for cinematic images. They capture 12-bit RAW inside a tiny form factor.
The Blackmagic Micro Cinema Camera has a super16 sized sensor and has a global shutter that prevents motion artefacts on drones or other fast paced recordings.
The Blackmagic Micro Studio Camera 4K has a rolling shutter but the advantage of recording UltraHD internally.
Both cameras feature an expansion port with numerous connection features that let you remote control the camera via existing ATEM hardware or aerial control hardware. It has a single cable S.Bus and 4 PWM channels. Blackmagic Design today announced Blackmagic URSA Mini, a compact and lightweight Super 35 digital film camera that looks to bring all the greatness found in the original URSA in a size that is far more convenient for all-day use, as the original URSA is quite large and heavy. URSA Mini features the same new 4.6K image sensor that was just announced for the full size-URSA, switchable global or rolling shutter, up to 15 stops of dynamic range, a large 5 inch fold out viewfinder and dual RAW and Apple ProRes recorders. 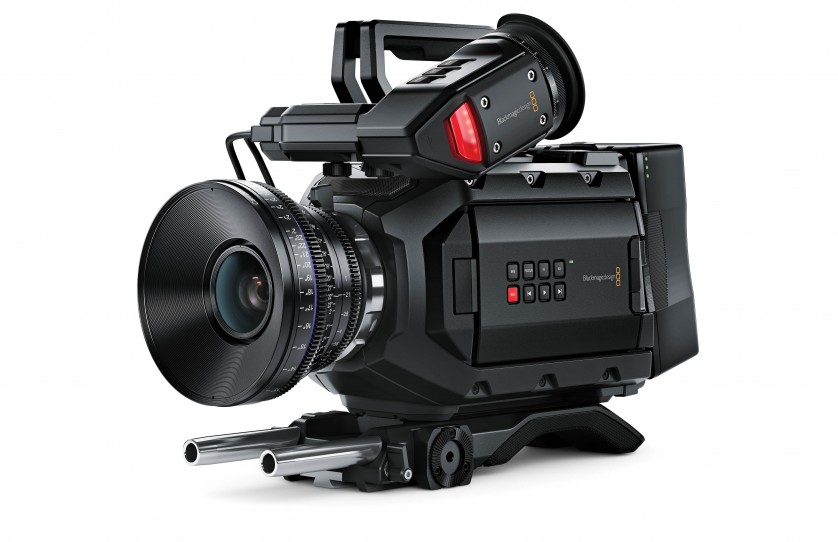 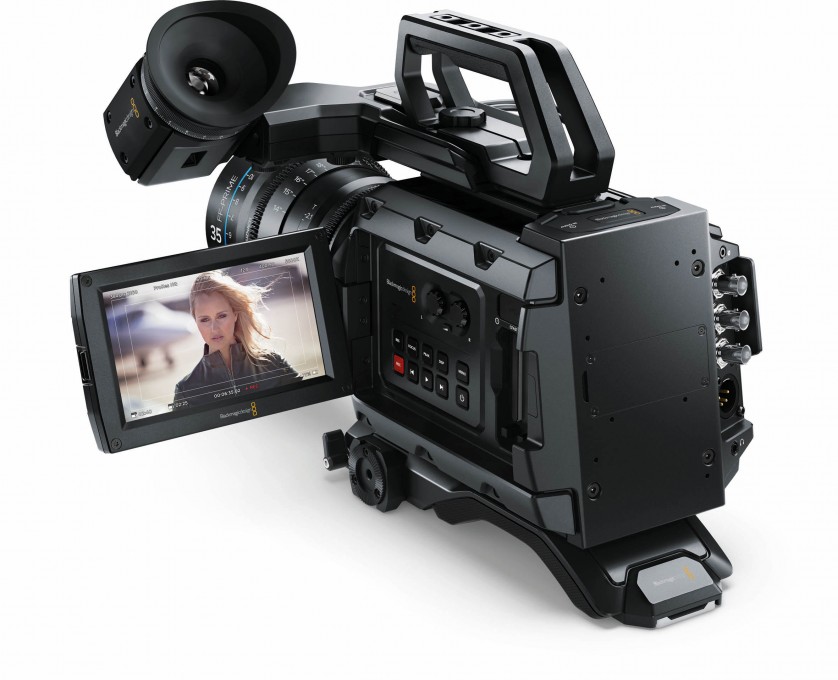