An image of gannets on a Shetland Island clifftop leads this year’s stunning selection of winning photographs that capture the diversity of British wildlife. Over 100 images and videos, including winning and commended entries, will be exhibited across the UK starting in London on 14 September. 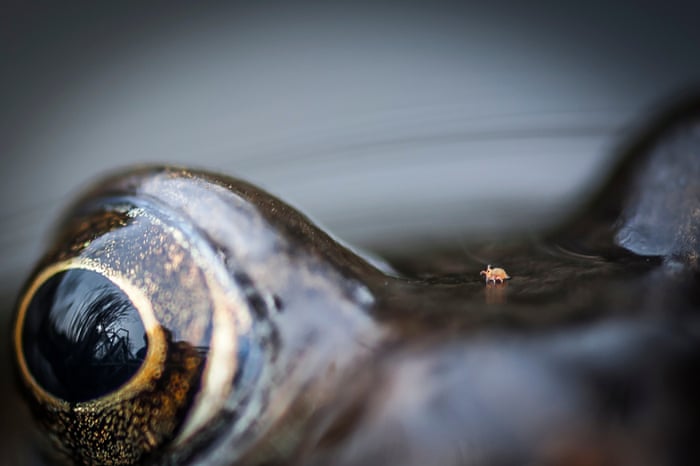 The Sony World Photography Awards season is well on its way. The competition, famously open to amateur and professional photographers alike, prompts anyone with a camera and an eye for the world’s natural and artificial wonders to submit the best and brightest in contemporary image making. The contest began in 2007, and has since collected an impressive 700,000 entries from across the globe. This year alone has seen submissions from Romania to New Zealand, Indonesia to Portugal, the US to the Netherlands.

We’ve already given you a taste of the early stages of the 2015 awards participants. Now, we’re showcasing 15 of the best images across categories (everything from architecture to current affairs to wildlife) that are in the running for accolades this year.

See a sneak peek of the photographers leading the race right now. In the meantime, you still have time to submit your own works, whether you’d like to compete in the professional, open, youth or student contests. Those competing in the professional contest will be judged by the 2015 honorary jury consisting of Oliver Schmitt, Matthew Leifheit, Xingxin Guo, Joanna Milter, Maria Pieri, Enrica Viganò, and Sasha Erwitt. The deadlines for this season ends on January 8, 2015. Check out the website for more information.

Michael “Nick” Nichols tracked the pride of big cats for six months before capturing this stunning shot, which stretches all the way to the horizon and includes a dramatic African sky.

The great sense of depth is enhanced by the use of infrared, which cuts through the haze.

WPY is 50 years old this year.

Supported from the outset by the BBC, it has grown into one of the world’s foremost photo competitions.

Judge Magdalena Herrera is director of photography at GEO France, as well as being a veteran of National Geographic France.

She said American Nichols’ composition had all the elements of a perfect picture.

“It tells you about behaviour, about the photographic techniques today, and it shows you the relationship of the animal to its environment,” she told BBC News.

“What is striking about Nick’s picture is its narrative – it’s not just a portrait; there’s a whole story going on inside it. And the black and white gives it a feeling of reportage.”

This story is of the females of the Vumbi pride in Tanzania’s Serengeti National Park.

They are sleeping with their cubs in the late-afternoon sunshine, having just fought and driven off a couple of over inquisitive males.

Nichols caught the scene, which he calls The Last Great Picture, from on top of his vehicle.

He said the infrared transformed the light, turning “The moment into something primal, biblical almost”.

Three of the females were killed a few months later when the pride ventured on to land beyond the park.

For more information and great images, please click the link below:

Promote® Control users! There is still time to submit your HDR Focus Stacked images and get a chance to win a $100 B&H gift card. Enter today.

For complete details and rules please click the image below:

We will be taking submissions through Thursday, October 23rd.

How to enter. Send 1 to 5 HDR Focus Stacked images taken with the Promote® Control (.jpg file no larger than 10 MB, email each image separately) tocontest@promotesystems.com. Include:

A description of the Promote® Control and camera settings used to create the image(s) (Step size, Number of images per bracket, Date, Location, Exposure etc.)
Your full name/credit line
Phone number
Email address
And a statement saying “I have read and accept the contest rules”*
Who can enter? Legal residents of the United States or Canada, 18+ years of age.

All entrants must read and accept the complete contest rules.

World Photo Day is about celebrating the ability we have to communicate though this powerful visual medium.

World Photo Day originates from the invention of the Daguerreotype, a photographic processes developed by Joseph Nicèphore Nièpce and Louis Daguerre in 1837. On January 9, 1839, The French Academy of Sciences announced the daguerreotype process. A few months later, on August 19, 1839, the French government purchased the patent and announced the invention as a gift “Free to the World”.

August 19th, 1839 was chosen as the date behind World Photo Day based on the following historical merits:

Today, we can share memories across the globe in seconds. Photography is an invention that has revolutionised the way we see the world. We can visit places without leaving our home. We can share adventures with friends in another city and we can watch grandchildren grow up thousands of kilometers away.

There was once a time when photography didn’t exist…

To view full article please click the link below:

Photo and caption by Mahesh Balasubramanian used with permission

Taken during the Mayana Soora Thiruvizha festival, which takes place every March in the small village of Kaveripattinam the day after Maha Shivarathiri (the great night of Shiva). The festival is devoted to Angalamman, a fierce guardian deity worshipped widely in Southern India.

Read full details at the link below:

HDR. It used to be a photographic technique reserved for those fluent in Photoshop. Now, it’s a go-to filter in every point-and-shoot and app. For this week’s Shooting Challenge, we’ll celebrate this democratization of the art form and all shoot in High Dynamic Range.

I have been having a blast playing with this new app for the Mac!

Shine was just released by Ohanaware, makers of HDRtist Pro and other fine applications made for the Mac:

Download the trial version at ohanaware.com and give Shine a whirl!

In the interest of full disclosure: HDR360pro is an affiliate for Ohanaware.com