Self-portraits, unlike selfies, are not always easy to make. They are not a cry for attention or a showcase of your physical beauty. Self-portraits are a learning curve and experimental field for the photographer who is willing to bare his soul in front of his own lens, like Van Gogh and Rembrandt did before for their paintings.

When I bought my first DSLR, I never thought I would end up working as a photographer someday. At the start, I wanted to figure out what I liked to photograph, and it turned out to be people. I photographed the streets of my capital city in Mauritius, only to realise I wanted to make people pose as well. I wanted to be creative. However, I was still a student and I did not have a dime to spend on hiring models from local agencies. And quite possibly, I wouldn’t have had a clue about directing a model. So I resolved to use the only model I could think about: myself.

I should say while it was the best idea back then, it was and is still a gruesome process because I simply disliked being in front of the camera and taking a bad photo of myself. You know how the saying goes: “we are our worst critics; we either judge too harshly or not enough.” I guess many photographers at first disliked the idea of photographing themselves, but sometimes, the process can be a revealing and enriching one. 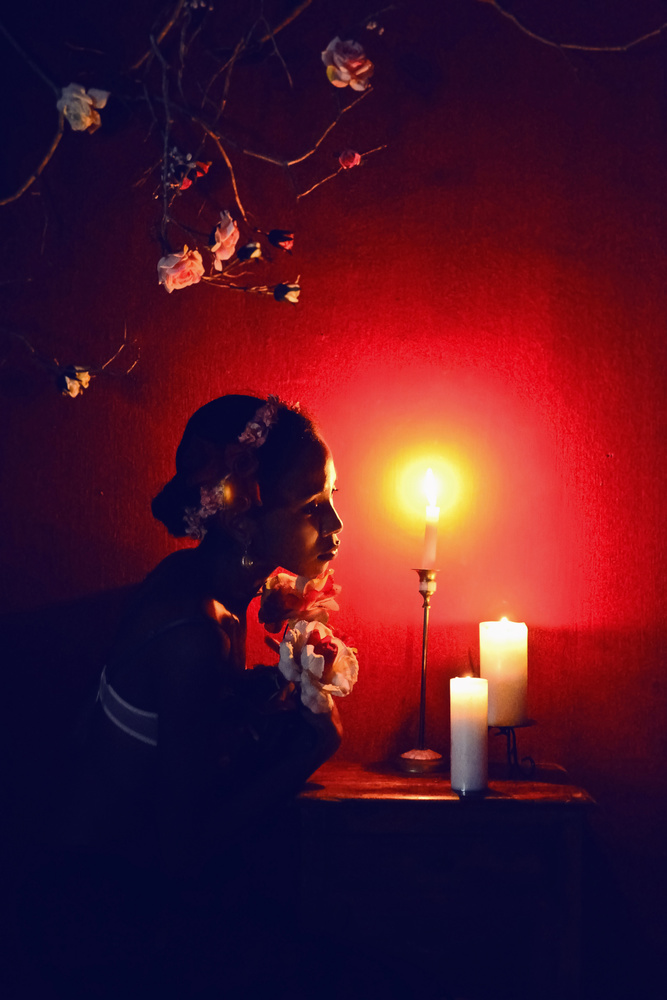 One of my early self-portraits: it was not perfect but I still kept trying to understand what I was lacking.

Using Yourself as a Model

The reason I used myself as a model was mainly because I had never worked with a model before. I did use a couple of friends to try my skills out and of course, it showed that I had no experience in directing a model or adjusting my light quickly. I needed to improve on that and so, I began experimenting at home. I did not have a nice enough room to photograph myself in. But I did have these red walls in my bedroom, which I could use as backdrop.

The first thing I had to figure out was how to get the perfect focus when I was not pressing the button. I chose to focus manually, using a teddy bear (the little sisters!) as dummy. Having a fixed focus like that limited my movements. But in hindsight, it made me learn to try out different poses and expressions while standing on the same spot.

Being out of focus can also help in creating a mood surprisingly.